Still made in workshops in Paris the Brot company specialises now in Illuminated mirrors which they first made in 1927.
1920/30s brot mirrors are much  admired being beautifully cafted with  each panel generally unhinging from the others and the ability to see sides back and front all at the same time is truly useful for dressing rooms , shops and  beauticians.
The glass plates also look equally stunning as a tryptich on a wall and mostly that is how they are sold today. 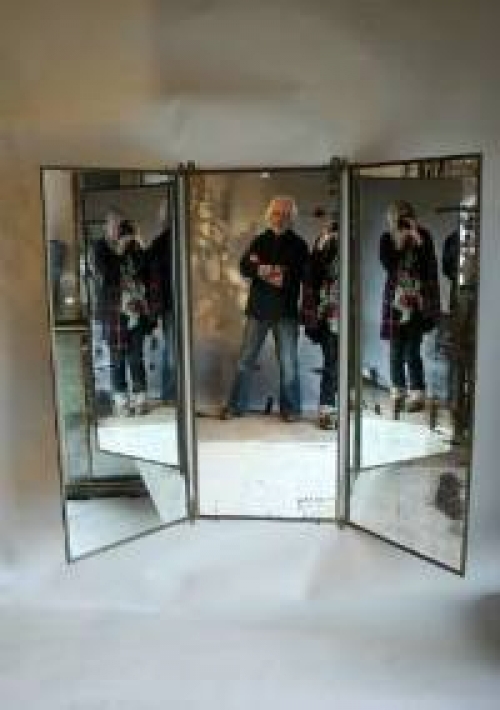 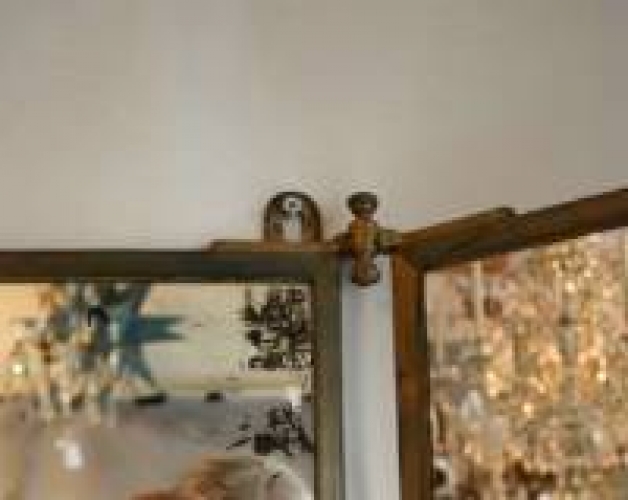