We sell  copper lighting mainly English lanterns that have oxidised outside to give a wonderful verdigris  green /blue finish. This colour is iconic as in the Staue of Liberty . The pigment develops when items are exposed to air or salt water over a period of time , it is a copper carbonate or nearer the sea a copper  chloride .

Verdigris was made by hanging copper plates over hot vinegar in a sealed pot until a green crust formed on the copper. Another method of obtaining verdigris pigment, used in the Middle Ages, was to attach copper strips to a wooden block with acetic acid, then bury the sealed block in dung. A few weeks later the pot was dug up and the verdigris scraped off. In eighteenth-century Montpellier, France, it was manufactured in household cellars, "where copper plates were stacked in clay pots filled with distilled wine." The verdigris was scraped off weekly by the women of the household.[4]

The chemical reaction exhibited between wine and copper to produce verdigris may be related to wine's own oxidization process. Another method, used in the early nineteenth century, had to do with reacting copper sulfate solution with solutions of lead, barium, or calcium acetate. Their sulfates are insoluble, forming precipitates and leaving the copper acetate in solution.

Natural or artificially created coatings of verdigris is commonly used as a patina to protect copper or bronze objects, especially in architecture. ( source wikipedia )

They are many verdigris 'looks'  on copper coppers,  on urns which are actually cast iron , on lanterns  on  plant stands and anything which may have been weathered either naturally or artificially .  Artificial  weathering usually has a more uniform appearance and can be horrible bright green or blue depending on the skill level of the   applicator.  Natural weathering or artifical will  not harm your antique object and should not be removed , all natual patinas are good  and should remain. 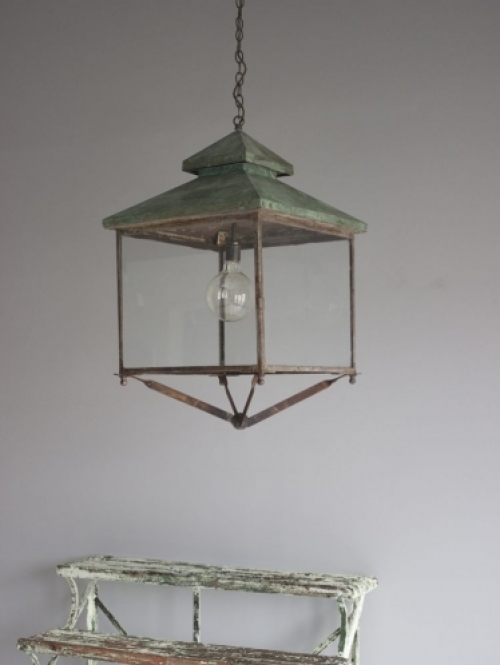 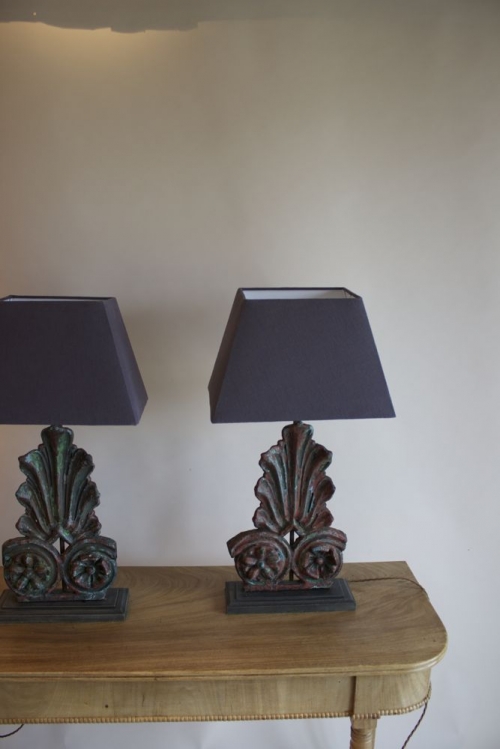 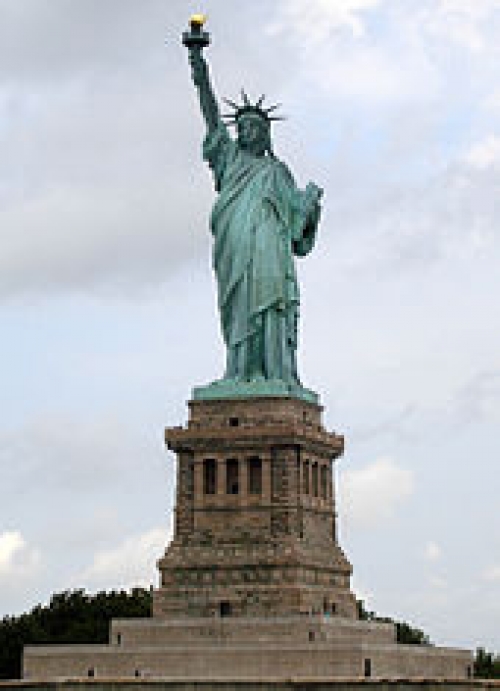 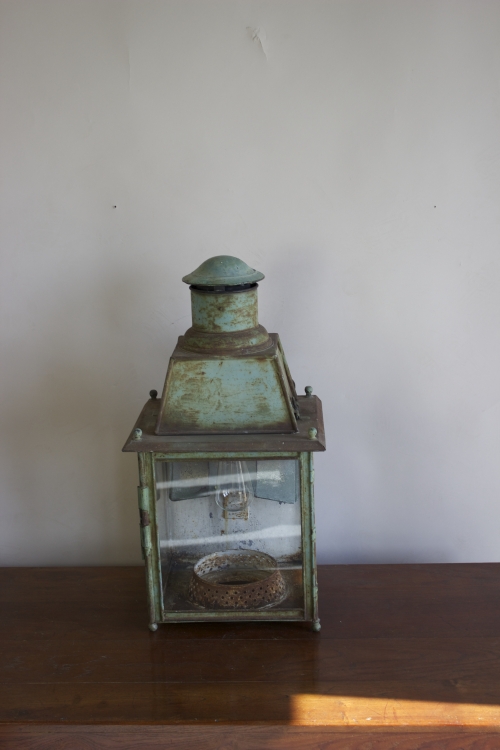 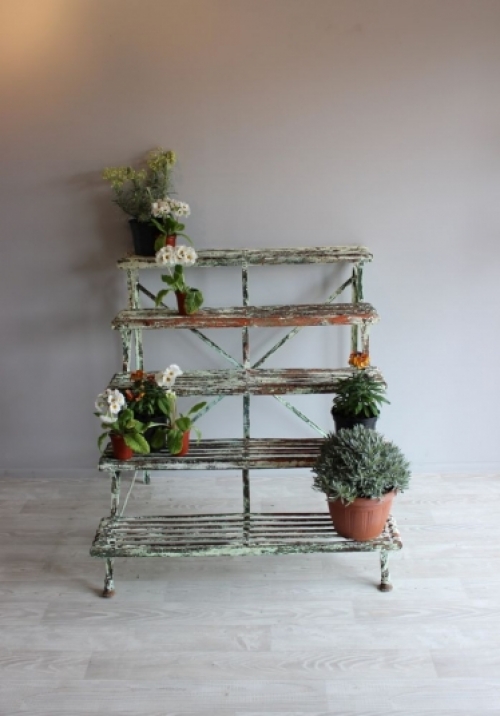 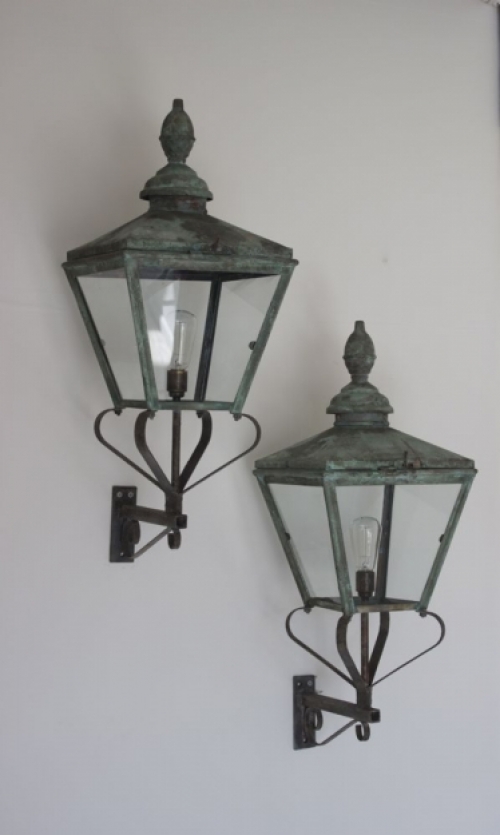 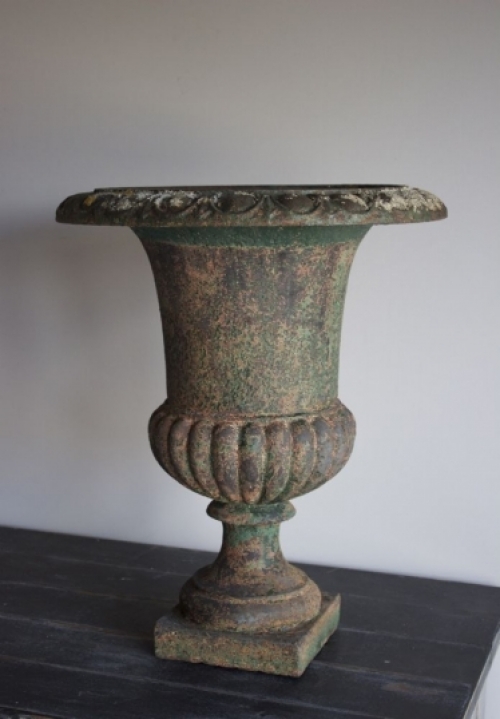