Just added to our website this 1860 gilded Baccarat chandelier in  wonderful condition.

Baccarat or La Compagnie des Cristalleries de Baccarat - full title. Founded in 1764 during the time of Louis XV. The company flurished during the 19th C at the end of the Napoleonic wars. During Charles X visit in 1828 to the crystal works, the king ordered a dinner service for the Tuilleries, followed other heades of state

François-Eugène de Fontenay (who joined the company in 1841) discovered that by the addition of the nickel oxide in the manufacturing process, a perfectly clear product, 'crystal glass', free of discolouration and imitating precious rock crystal was produced. This is just one of many technical innovations and improvements discovered by Baccarat, that make it the company it is today.

The Baccarat company was awarded a Gold medal at the French Exposition des Produits de l'Industrie in 1855 and has continued to carry off the top prizes ever since. In 1867 they exhibited a gigantic fountain twenty four feet tall, with a basin ten feet in diameter, which it was said 'simply took visitors’ breath away'.
Baccarat chandelier are rarely stamped, they have pans which are sometimes moulded with the words Baccarat around the central hole, they also have distinctive features, wonderful spheres, very clear crystal glass, and sometimes a Baccarat bell at the base ( this is often found on smaller models ). 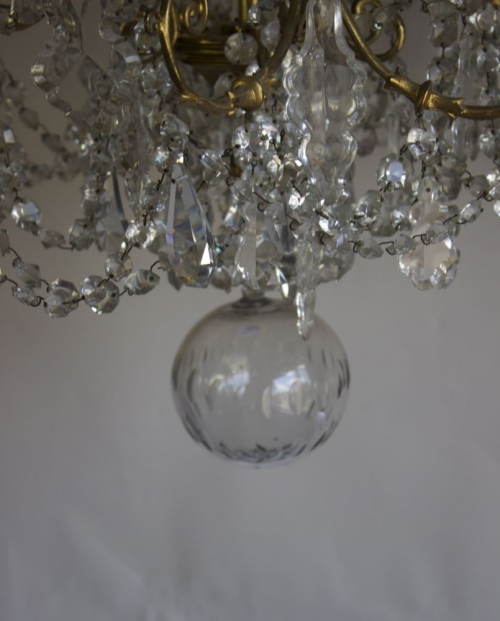 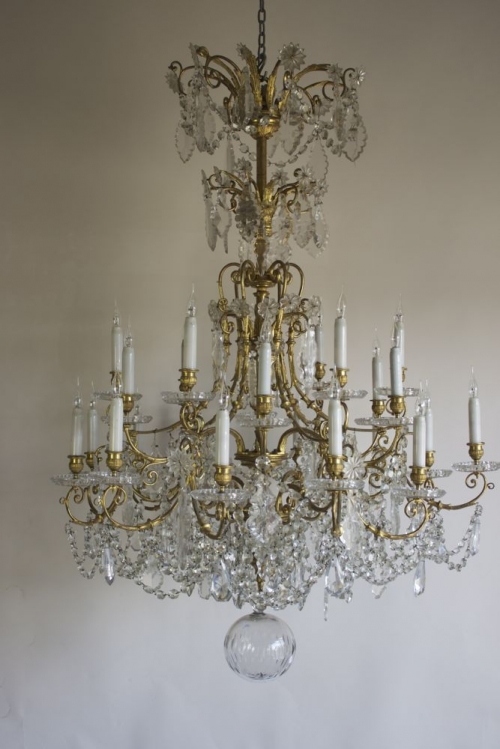 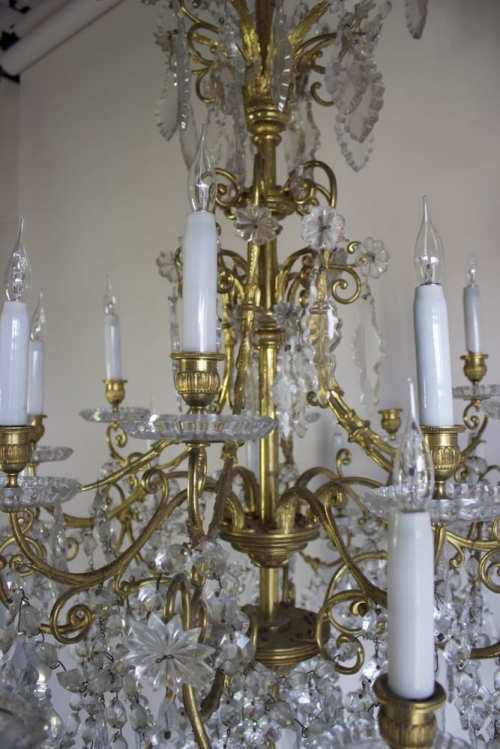 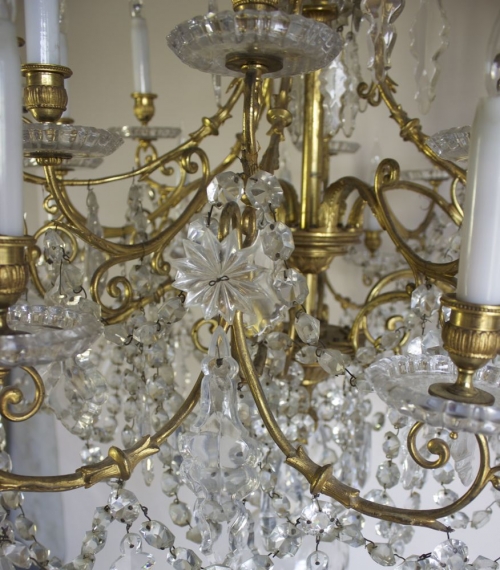